Project Story
When I was a kid living in Lebanon, every other time I introduced myself to someone, I was met with a question that at first seemed peculiar, then grew familiar and expected: "شكر؟ يعني انت سيّد؟" "Shokor? so you're a Sayyid?"
"Sayyid" is a title more commonly used in Arabic before a surname or full name of a male; an equivalent to the English "mister", the French "monsieur", or the German "Herr". However in this context, I learned that it assumed that I'm a blood-relative of Muhammad, as in The Muhammad. When I asked my father about this bizarre relationship between my last name and the prophet of Islam, he often came back to me with a wise father's answer along the lines of "some families happen to be descendants of the prophet Muhammad, but a Sayyid is a Sayyid (or a master) of his own actions." In other words, it didn't mean much if you were a relative of someone regarded as holy if you ended up being an asshole yourself.
Other people I came into conversation with about this matter had more precise and structured beliefs: a religious Shia'a Muslim would answer, for example: "Yes, and as a Sayyid, you have double the eternal rewards and double the punishment!" which sounded to me like it came from Stan Lee's Spiderman issue from 1962. Others would propose that in heaven (that is, if I make it to heaven) my eternal house or home would be closer to the prophet's family's housing complex. Thinking about it today, such neighbors would be at least more interesting than the ones I have in Wilmersdorf, Berlin.
I did not think too much about this matter throughout my teenage and early-adult years. People would still ask if I was a Sayyid, and I would answer them with my father's wise words, or a sarcastic "Yes! Muhammad and I are casual pen-pals!" It wasn't until my last visit to my father's land in Al-Nabi Shayth (Shayth being the third son of Adam, who's supposedly buried in my hometown), in the Bekaa Valley of Lebanon, when, upon reading the tag on the entrance door: "Youssef Hussein Shokor, Al-Hassani" I asked my father: "What's this "Al-Hassani" bit about?" to which he replied that it was a reference of the Imam Al-Hassan, or Al-Hassan bin Ali, who was the grandson of Muhammad (to which we're supposed to be blood-related.) Al-Hassan briefly ruled as caliph from January 661 until August 661, succeeding his father Ali bin Abi Taleb and preceding his brother Al-Hussein. I laughed to my father's earnest response, and in my obvious distrust of this piece of information I exclaimed: "If we're so sure that we're related to Muhammad, we must have a family tree somewhere!" With all-seriousness he responded "We do." and weeks later he sends me photographs of a recto-verso, A4 sized piece of notebook paper that he received from the mayor of Al-Nabi Shayth. This paper (which you can find in the blog below) detailed a genealogical tree that not only goes back to Muhammad, but hear this: it goes back to Adam! You know, Adam. As in Adam and Eve.
Right. So where do we go from here? This is what this blog explores. It might be worth noting that although my non-belief-system is rather associated with rationalism, secular-humanism, and atheism, I have always been a believer in drama, ritual, story, and the great unknown. I will look at this situation as an open-ended adventure, a fertile ground to initiate research questions and design/art work. It will be, if nothing else, a lot of fun. Anyway, that's the plan.
And you too, dear reader, can participate. Whatever interpretation of the world you hold. Whether you favor a historical, philosophical interpretation, or the discourse of morality, religion, or even the fictional, or the fantastic unknown.
•  Consider writing me a good old-fashioned letter and sending it to my address:
"Chokr, Cunostraße 62, 3. OG Rechts, 14193 Berlin."
Alternatively, if you embraced the means of 21st century communication:
•  write me an email at contact@salamshokor.com,
•  or Whatsapp/ Telegram/ Signal me at +49 174 8284758.
•  You can also call, even late at night.
I'd be happy to hear your thoughts.
Signed, (allegedly) Salam bin Youssef bin Hussein bin Hammoud bin Hussein bin Ahmad bin Hussein bin Ali bin Shukur (Shokor) Al-Asghar bin Fares bin Ismael bin Al-Hassan bin Muhammad bin Shukur Al-Akbar bin Kamaluddin bin Ahmed bin Hussein bin Al-Hassan Al-Zahid bin Muhammad bin Al-Hassan bin Isa bin Faadel bin Yahya bin Juban bin Al-Hassan bin Thiab bin Abdullah bin Muhammad bin Yahya bin Muhammad bin Dawud bin Idris bin Ali Al-Azraq bin Dawud The Prince bin Ahmed Al-Masur bin Abdullah Al-Sheikh Al-Salih bin Musa Al-Jun bin Abdullah Al-Mahad bin Al-Hassan Al-Muthanna bin Al-Imam Al-Hassan Al-Sabt Al-Zaki bin Al-Imam Ali (Muhammad's cousin) bin Abi Talib bin Abd Al-Muttalib bin Hashem bin Al-Mughira bin Qusayy bin Kilab bin Murrah bin Ka'ab bin Lu'ayy bin Ghalib bin Fihr bin Malik bin An-Nadr bin Kinanah bin Khuzayma bin Mudrikah bin Ilyas bin Mudar bin Nizar bin Ma'ad bin Adnan bin (depends on who you ask) Udd bin Udad bin Mashlakh bin Ya'areb bin Al-Hamsi' bin Nabat bin Suleiman bin Hamil bin Qidar bin Ismael bin Ibrahim bin Tareh bin Nahour bin Sharoukh bin Argo (Reu) bin Falegh (Peleg) bin 'Aaber bin Shalekh bin Arshafakhd bin Saam bin Nouh bin Mutawashlikh bin Idris bin Al-Yared bin Mihlael bin Qinaan bin Anoush bin Shayth bin Adam.
Berlin, 30.10.2022

The following blog-blocks are sorted from newest to oldest 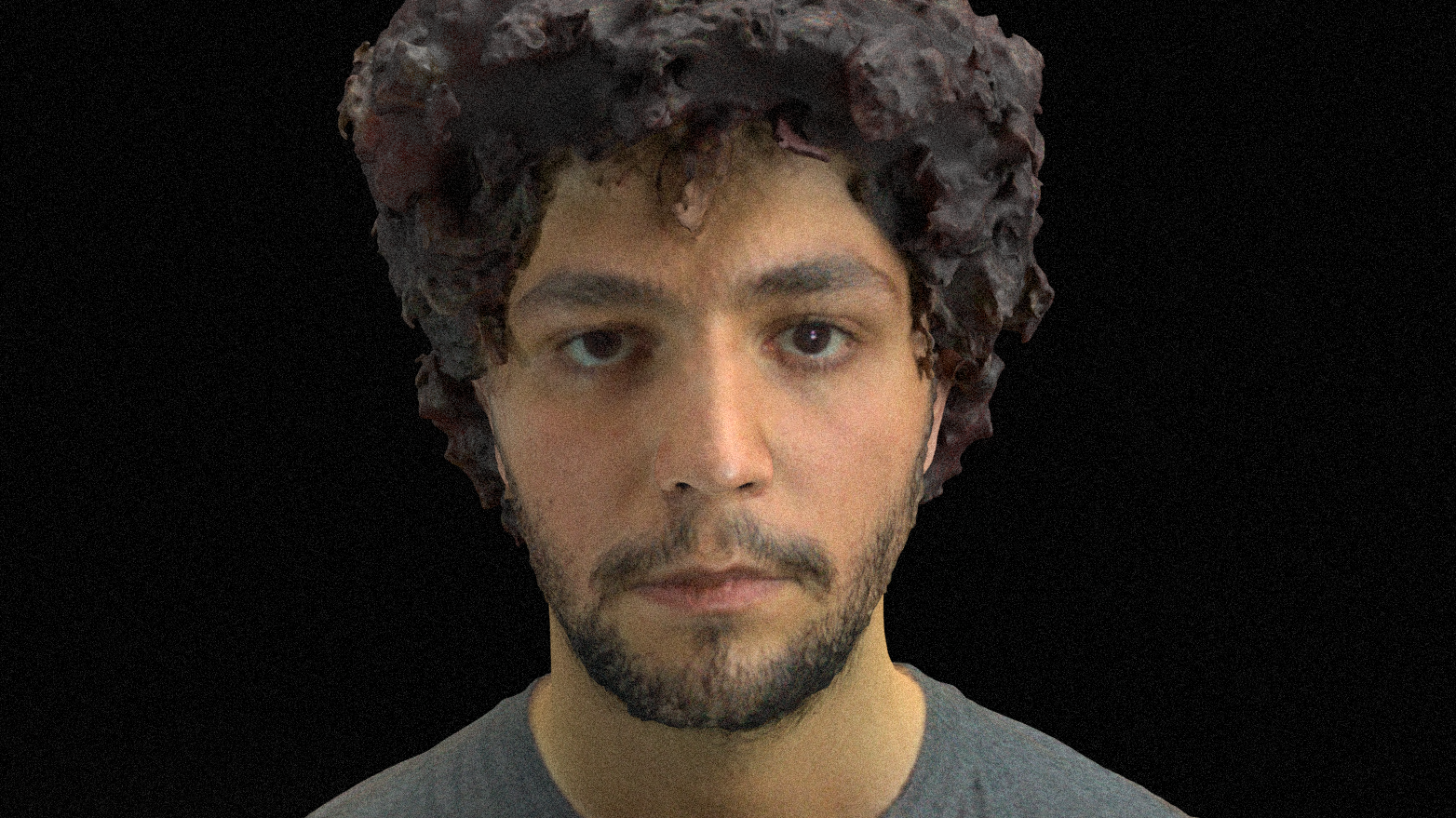 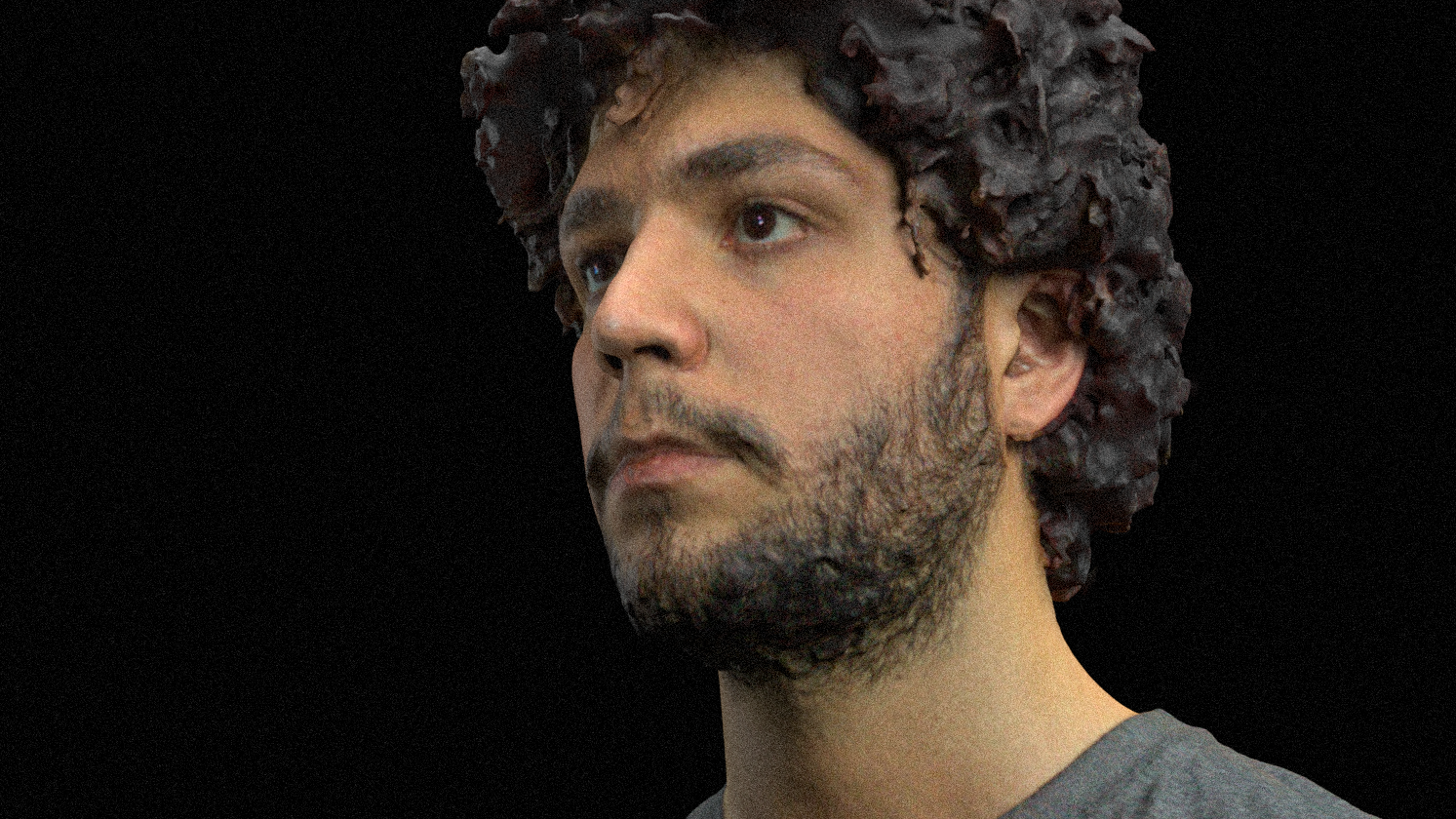 First 3D model results
02.12.2022
Scanned using the EinScan H scanner, unedited.
Next steps:
•  Turn 3D scan into a live Metahuman in Unreal Engine 5
•  Create as many Metahumans as possible referencing the names in the family tree based on scans, images, paintings, etc.
•  Use AI to generate the faces of those unknown

Unreal Engine 5 progress update 01:
10.11.2022
It was very tricky for me to edit the template world provided by Christian Schmidts, and my Unreal Engine knowledge is incredibly limited (I still cannot manage to create a silly tube...)
However, I'm currently going through this tutorial right here: https://youtu.be/k-zMkzmduqI
I can now navigate the interface with relative ease, insert and edit objects and basic shapes, access default and starter content, create new materials and edit existing ones, and control exposure and other view details in-game using the Post Process Volume. 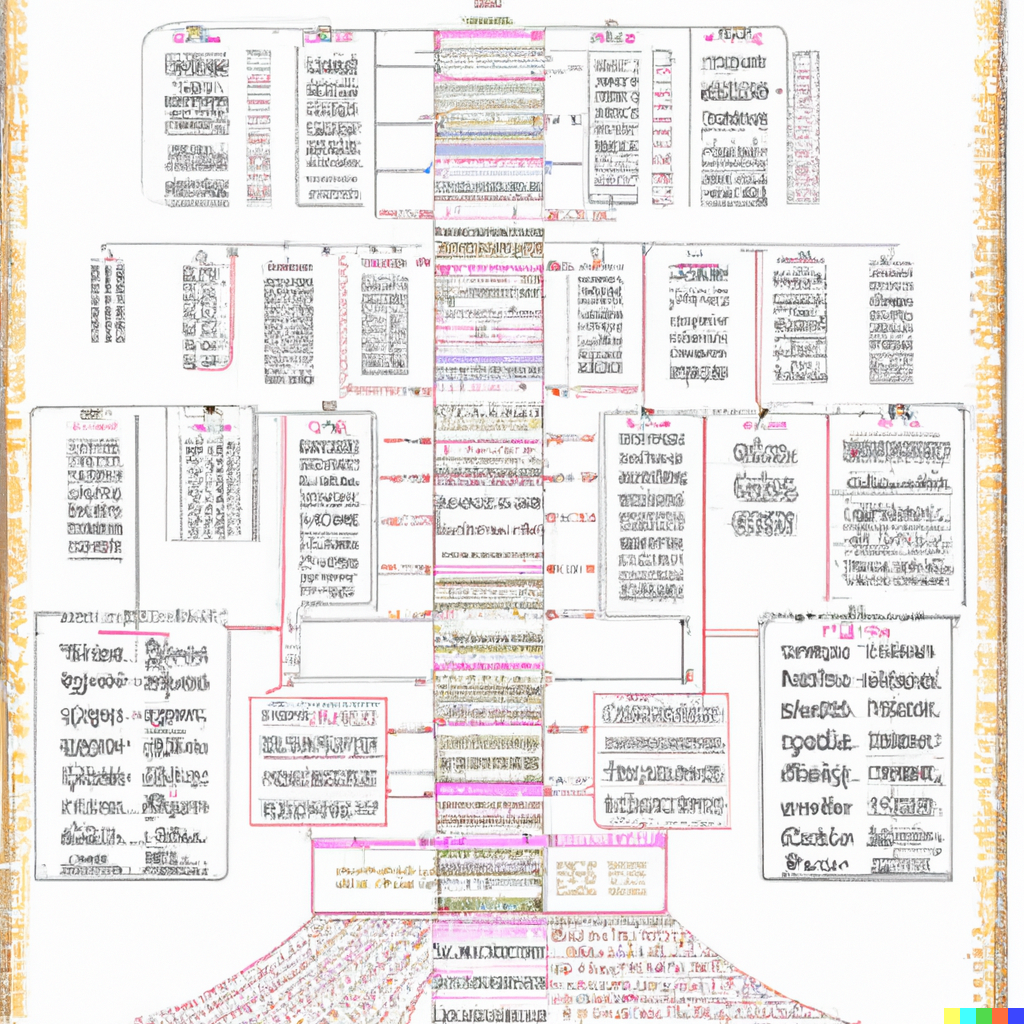 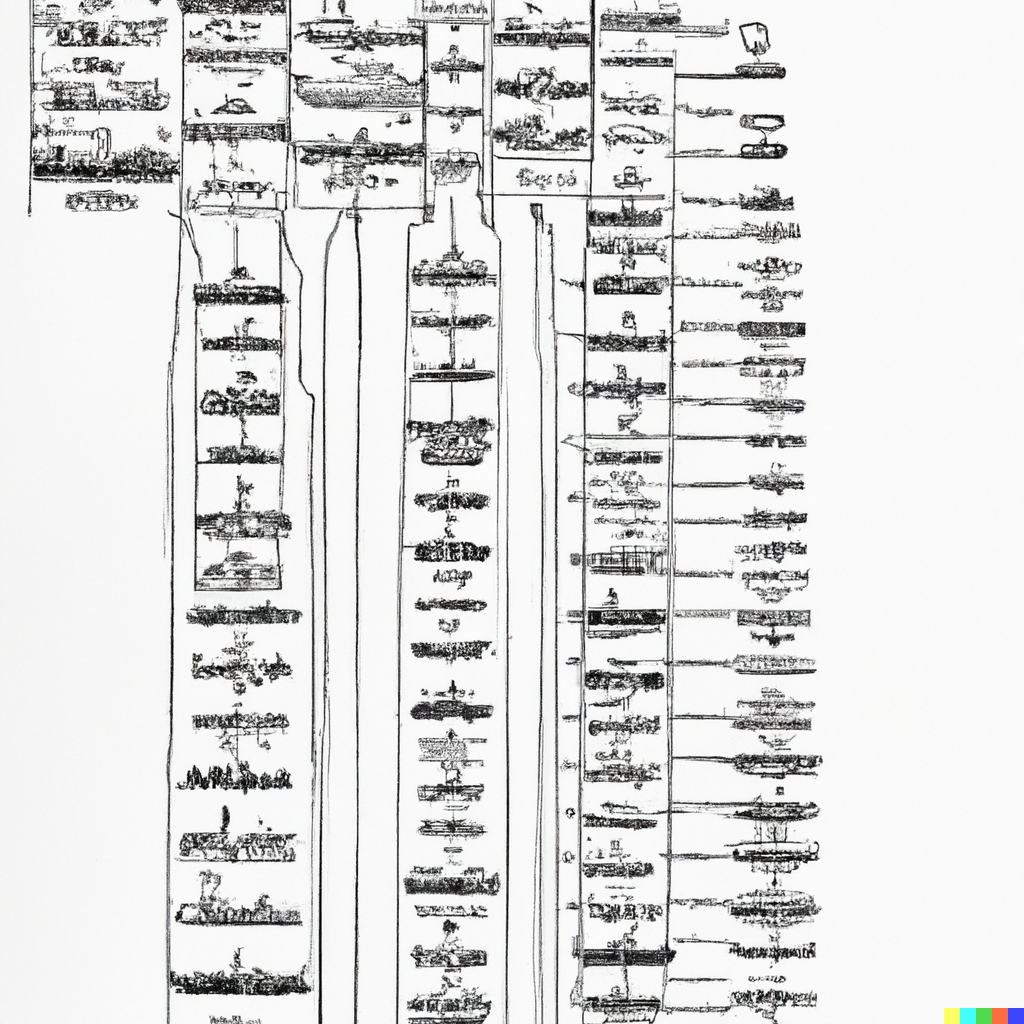 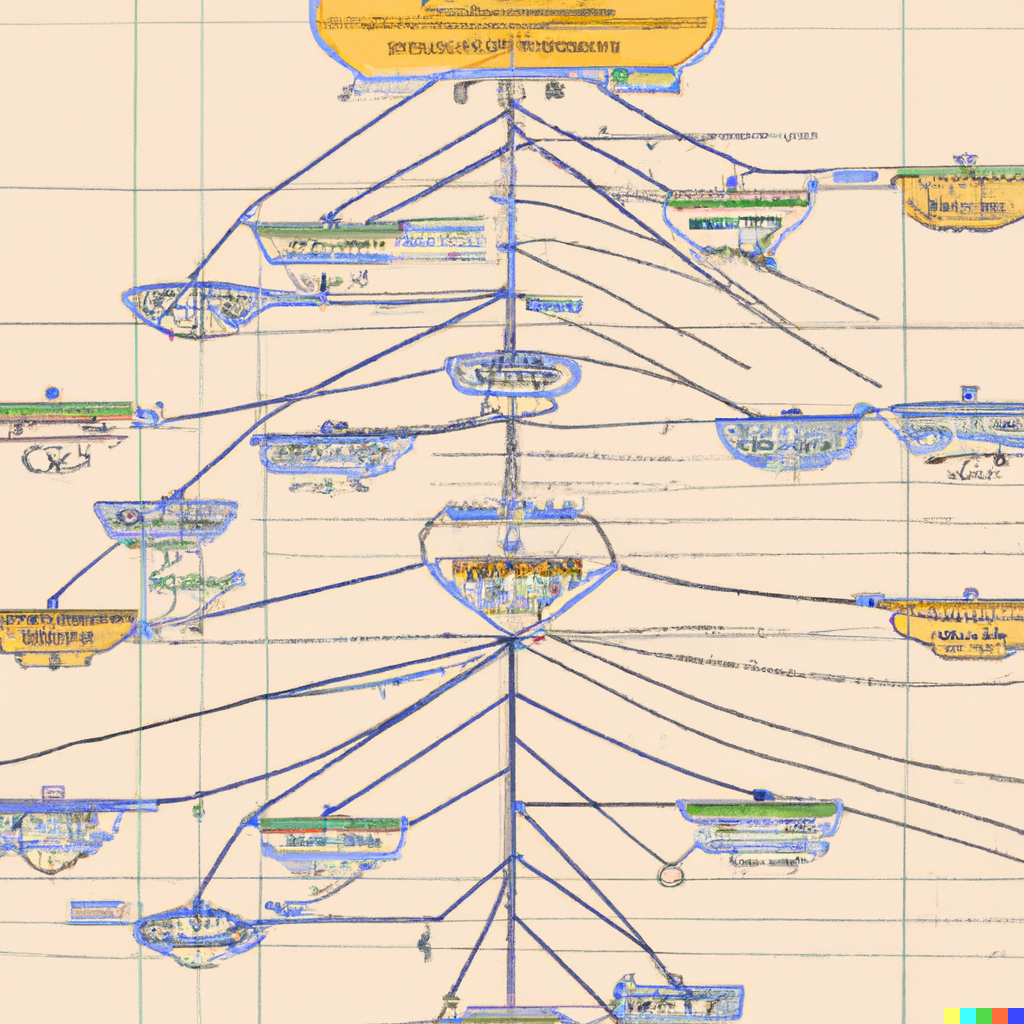 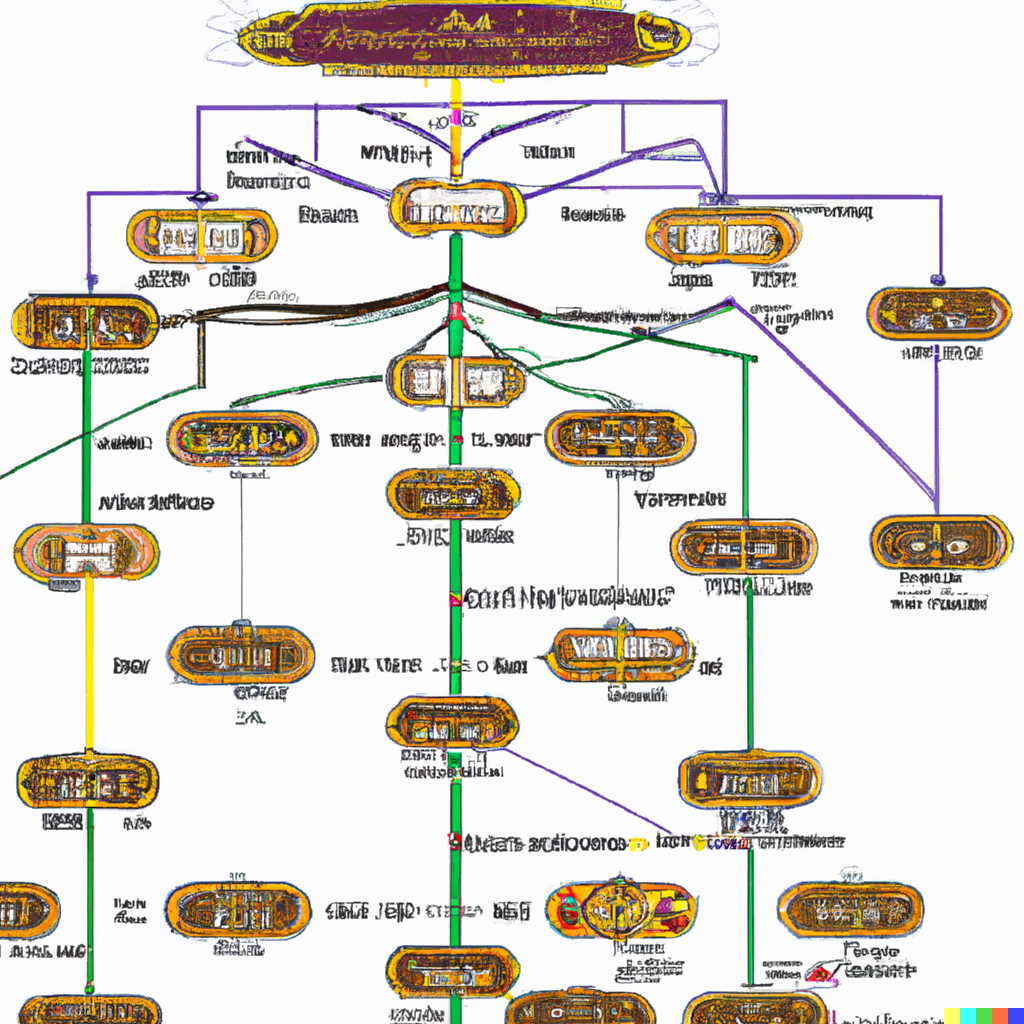 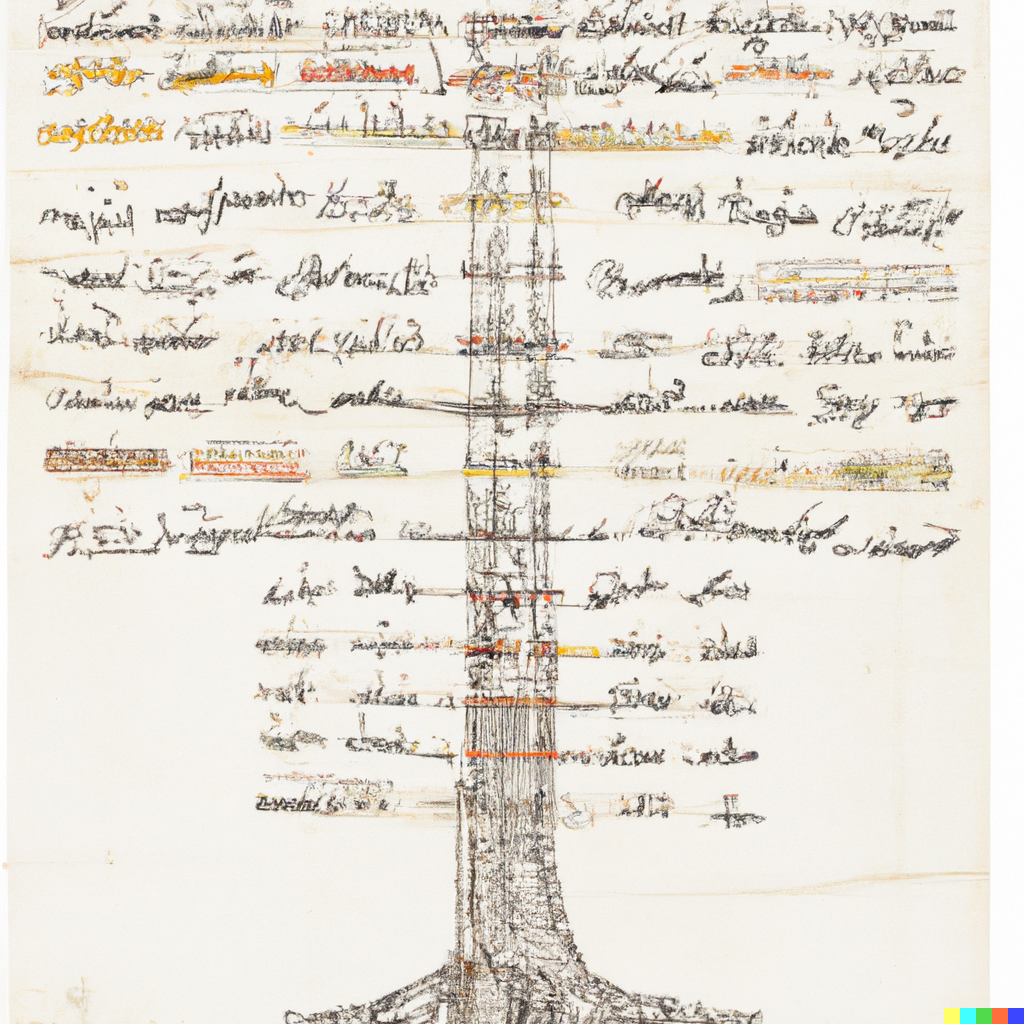 Notes from studio session Breathing Archives, week 02:
04.11.2022
•  Information transfer: genetic vs. symbolic
•  Polygamy and the role of women in genealogy
•  How can this project be projected towards or talk to the world? lines of connection to other genealogies? links to the physical world?
•  Drawing parallel lines with the scientific, DNA-based genealogy
•  The genes as an archive
•  Linking the project to the databases/search engines:
https://panoramasofcinema.ch/
https://ask.alice-ch3n81.net/x/alice
https://quixel.com/megascans/home/
https://xenotheka.caad.arch.ethz.ch/

To Read/Check Out:
•  Le Voyageur Sans Bagage by Jean Anouilh (French play, 1937, suggested by Tamara Nasr)
•  Dictionary of the Khazars by Milorad Pavic (Serbian lexicon novel, 1984, suggested by Sofia Grishchuk)
•  The concept of Kleos in ancient greek (often translated to "glory", according to Wikipedia (رضي الله عنه) Kleos is invariably transferred from father to son; the son is responsible for carrying on and building upon the "glory" of the father.) (Also suggested by Sofia Grishchuk)
• The concept of Asabiyyah (عصبيّة) as detailed in the Muqaddimah of Ibn Khaldun (a concept of social solidarity with an emphasis on unity, group consciousness, and a sense of shared purpose and social cohesion, originally used in the context of tribalism and clanism) (1377, suggested by Ali Amhaz)
• World-building/storytelling reference: Assassin's Creed (suggested by Abed Kataya)
• Who Do You Think You Are? (BBC genealogy documentary series since 2004, in which celebrity participants trace their family history. Discovered while listening to/reading Stephen Fry's The Fry Chronicles: An Autobiography.)
• Petite Maman (French drama film, 2021, "A girl meets her mother as a child in the woods in a moving jewel of a film about memory, friendship and kin." suggested by Rachel Saliba)
More open questions:
•  Why do people connect such importance to the idea of an honorable heritage/lineage?
•  Where are all the women?
Compiled on 31.10.2022
Updated on 01.11.2022
Ancestors
Cesare Pavese
(as suggested by Sofia Grishchuk)
Stunned by the world, I reached an age
when I threw punches at air and cried to myself.
Listening to the speech of women and men,
not knowing how to respond, it's not fun.
But this too has passed: I'm not alone anymore,
and if I still don't know how to respond,
I don't need to. Finding myself, I found company.
I learned that before I was born I had lived
in men who were steady and firm, lords of themselves,
and none could respond and all remained calm.
Two brothers-in-law opened a store--our family's
first break. The outsider was serious,
scheming, ruthless, and mean--a woman.
The other one, ours, read novels at work,
which made people talk. When customers came,
they'd hear him say, in one or two words,
that no, there's no sugar, Epsom salts no,
we're all out of that. Later it happened
that this one lent a hand to the other, who'd gone broke.
Thinking of these folks makes me feel stronger
than looking in mirrors and sticking my chest out
or shaping my mouth into a humorless smile.
One of my grandfathers, ages ago,
was being cheated by one of his farmhands,
so he worked the vineyards himself, in the summer,
to make sure it was done right. That's how
I've always lived too, always maintaining
a steady demeanor, and paying in cash.
And women don't count in this family.
I mean that our women stay home
and bring us into the world and say nothing
and count for nothing and we don't remember them.
Each of them adds something new to our blood,
but they kill themselves off in the process, while we,
renewed by them, are the ones to endure.
We're full of vices and horrors and whims--
Read on 31.10.2022
From Disaffections: Complete Poems 1930-1950 by Cesare Pavese;
translated by Geoffrey Brock. Translation copyright © 2002 by Geoffrey Brock. Used without permission of Copper Canyon Press. 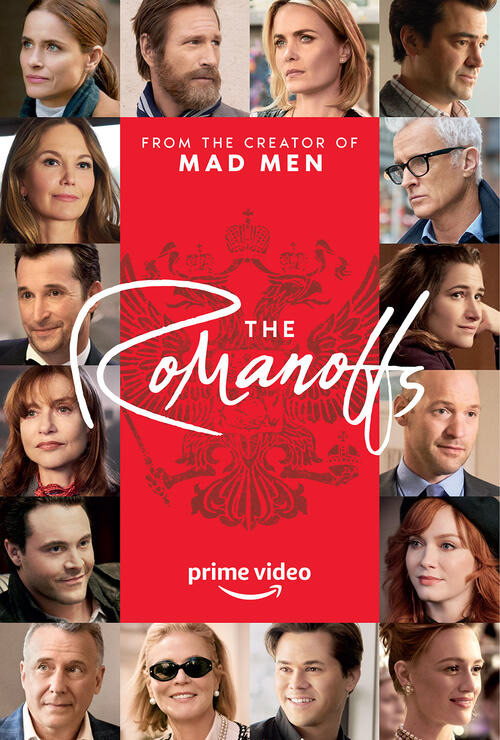 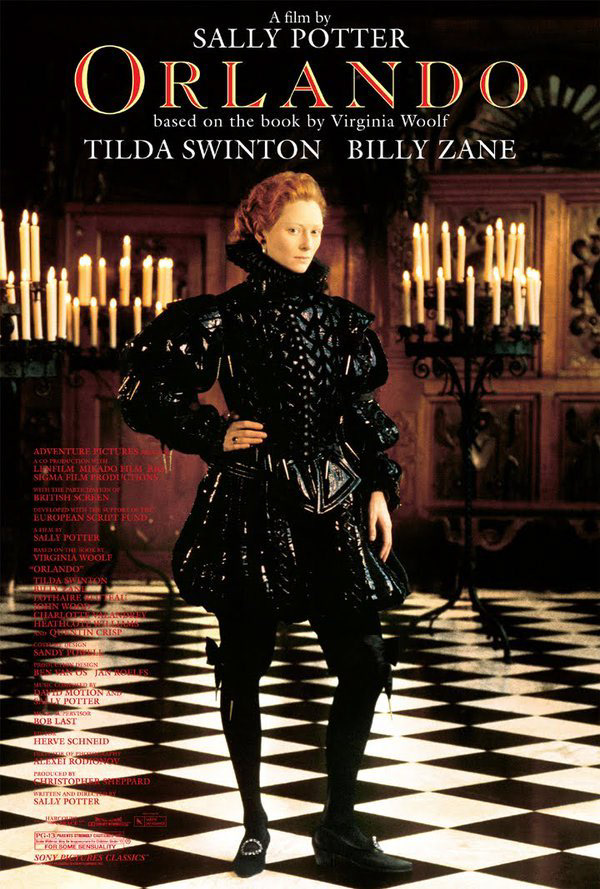 To Watch:
(as suggested by Jorge Orozco on 29.10.2022)
•  Orlando (Film, 1992): British period drama fantasy film loosely based on Virginia Woolf's 1928 novel Orlando. About a person who achieves in one lifetime what most of us can only dream of doing: viewing four centuries of experiences through the eyes of both sexes.
•  The Romanoffs (Series, 2018): a contemporary series "set around the globe, centering on separate stories about people who believe themselves to be descendants of the Russian royal family."

Draft of structure for the upcoming Unreal Engine world building exercise
Sketched on 29.10.2022

Work in progress sheet detailing individuals who are likely to have existed historically in the Shukur genealogical tree
I made sure to add a column for the mothers of these individuals (although it is hard to find information on them.)

Access the sheet for a full-page view here: https://docs.google.com/spreadsheets/d/1Ht4BLFx00Ghg0F0J2UB37St644X03N8ufNWrg8tNKj0/edit?usp=sharing